Pastor Monica Pinnock, founder of Rehoboth Christian Church in Atlanta, Georgia, U.S.A., traveled to Nigeria recently to advise church leaders to rebuke homosexuals, describing them as “devices of the enemy.” She follows in the footsteps of many other U.S.-based anti-LGBT evangelical preachers who have fanned the flames of homophobia in  Africa, including Scott Lively and Steven Anderson. 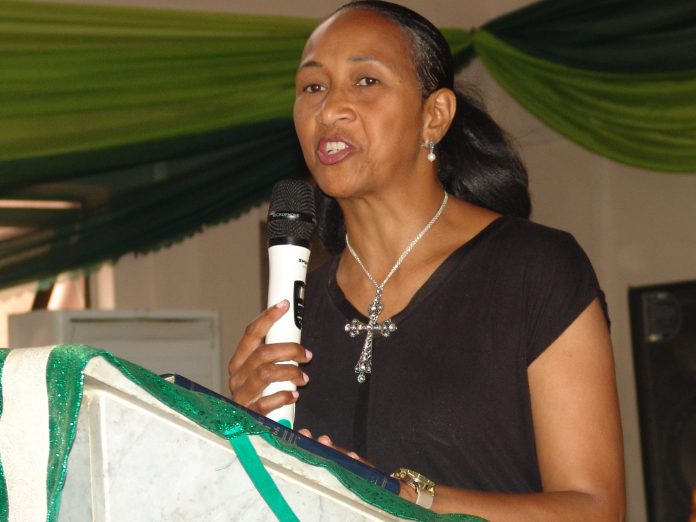 Pinnock pushed the misguided theories that homosexuality is a choice and that LGBT people are not born with their sexual orientation/gender identity. However, she did speak against anti-gay violences.

She made her homophobic statements when she visited Nigeria on a two-day missionary Leadership Summit hosted by the Christian Association of Nigeria (CAN) in the Mosan Okunola Local Council Development Area near Lagos.

At the event, she charged church leaders to show love to LGBT people, but at the same time to rebuke them as they are “devices of the enemy”:

“I am a Christian. I thank God they are alive. We are not asked to condemn but to preach the true gospel of Christ.

“Jesus did not create people as gays, lesbians, homosexuals or transgender. These are devices of the enemy. As a Christian who believes in the word of God, I do not believe in homosexuality.

This is bigotry at its peak. Homosexuality is not a behavior; it is a sexual orientation that is as valid as heterosexuality. Dozens of research studies have proven this fact.

The Bible as a Christian guidebook has been misinterpreted by many religious leaders who use it to promote their own selfish agendas. Others  dwell in the longstanding ignorant belief that homosexuality is evil and un-African. Despite contrary arguments, the Bible records loving same-sex relationships. Those who read the Bible with an open mind  discover the truth that there is absolutely nothing wrong or sinful with being gay.

Clearly, what Pastor Pinnock is preaching and promoting is a message of hate. It is quite shameful and disappointing that an individual with her level of exposure and understanding will bow to such shallow interpretations and manipulative teachings against homosexuality.

3 thoughts on “Another U.S. pastor pushes homophobia in Africa”