Among many international responses to reports of mass arrests of LGBT people in Chechnya were an official U.S. State Department call for an investigation by the Russian government, a petition from Amnesty International, and a brief prayer from a queer Christian blogger.

The statement from the U.S.  State Department demanded action from the Russian government in response to reported human rights abuses in its semi-autonomous Republic of Chechnya:

“We are aware of troubling reports that local authorities in the Republic of Chechnya have arrested or detained more than 100 men, as well as reports that three of those detained were killed.

“We condemn violence against any individuals based on their sexual orientation or any other basis. We urge the Russian government to conduct an independent and credible investigation into the alleged killings and mass arrests, and hold the perpetrators responsible.

“We were likewise deeply disturbed by local authorities statements that apparently condone and even incite violence against LGBTI persons.

An online petition by Amnesty International UK had collected 71,473 signatures by the time when this article was published. 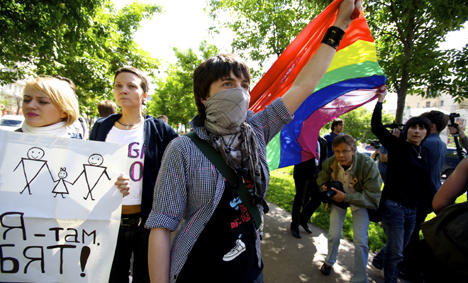 “Hundreds of men suspected of being gay are being abducted, tortured and even killed in the southern Russian republic of Chechnya.

“The Chechen government won’t admit that gay men even exist in Chechnya, let alone that they ordered what the police call ‘preventive mopping up’ of people they deem undesirable. We urgently need your help to call out the Chechen government on the persecution of people who are, as they put it, of ‘non-traditional orientation’, and urge immediate action to ensure their safety.”

“As a queer Christian blogger, I suppose I should have something to say about the murder and torture of gay men in Chechnya. I’ve got nothing. A gaping ache, that’s all really. Tears. The image of Christ crucified and that face, crying out to heaven: “Why?” …

“For your gay children in Chechnya, o Lord, we pray.

One thought on “For gays in Chechnya: A U.S. plea, a petition, a prayer”